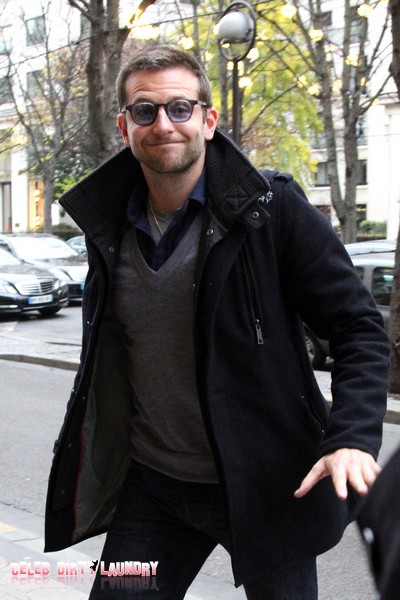 Oh how I love my job.  Whenever I’m working and researching stories I love nothing more than coming up with juicy news that isn’t overly privy to most (I can only talk about the Kardashians so much without sounding like a broken record).  Especially when it involves People’s Sexiest Man, Bradley Cooper, and French actress Melanie Laurent.

You might not recognize her name right away, but think back to her character, Shoshanna, in that little Tarantino film Inglorious Basterds.  She was the one that killed Hitler.  I remember thinking at the time “who is this awesome actress and what has she been in?”  Well, she’s done a few movies in between,with two features in pre-production set to come out in 2013, and with some big Hollywood names attached to it.  However, none of them involve Bradley Cooper.  So just what are these two up to?

They were snapped in Paris catching a movie together, which I suppose is pretty harmless – except when you’re BCoop.  The man has gone through his fair share of leading ladies, and it’s been awhile (in Hollywood time) since he’s been linked to anyone.  Could this be the start of something magical between him and Melanie?  Well, you’ve heard it from me people – I’ve got my eye on them!