Heidi Klum Is Hanging Up Her Angel Wings And Retiring 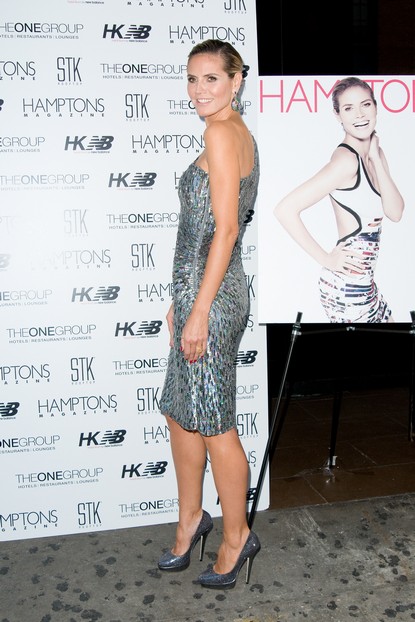 Heidi Klum, 37, who has been a Victoria’s Secret for 13 years is hanging up her Angel wings and retiring.  The mother of four confirmed to Page Six that she will not be walking in the November show.   She told them: “All good things have to come to an end. I will always love Victoria’s Secret. It has been an absolutely amazing time.”

Heidi is the host, judge and executive producer of the reality show Project Runway and sources say the show and her fitness line are keeping her very busy.  Now that Heidi is leaving Victoria’s Secret they will have to crown a new head angel. Meanwhile Heidi has been working out a lot and recently dished on how she keeps in shape.  She said: “Lately, I’ve just been running.  I run four miles a day. Last year, I did 120 miles in seven weeks.” Heidi took a break from her diet and celebrated her Hamptons Magazine  July 4th issue cover at at STK.  (pictured above) Her hubby, Seal of six years wasn’t with her at the NYC bash.