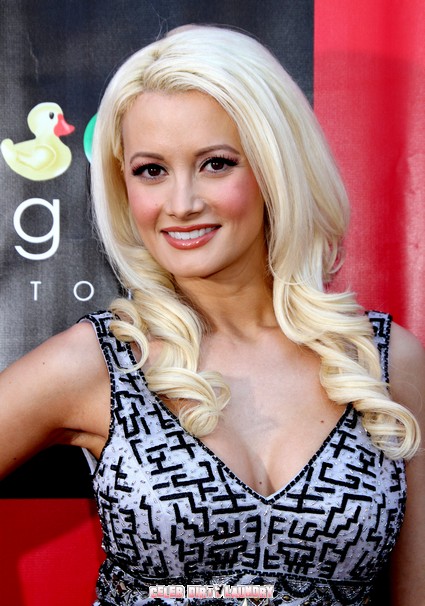 Holly Madison has spoken out about Hugh Hefner‘s ex-fiancé Crystal Harris.  Crystal the runaway bride who jilted Playboy owner Hugh decided not to go through with her planned wedding to Hugh.  The wedding was suppose to take place yesterday June 18th, 2011.  Rather than keep it low key on the day Crystal decided to party it up in Las Vegas on what was suppose to be her wedding day.  I guess girls just wanna have fun and she changed her mind about marrying her grandpa :-)

Crystal was spotted living La Vita Loca with reality TV star Heidi Montag poolside at Sin City’s Wet Republic.  What a pair!  Hugh’s ex-girlfriend Holly Madison was not impressed.  The claws are out and Holly tweeted on her twitter account a message for the whole world to see.  “That’s a new low… That’s disgusting, and whoever booked her is tacky.

More: Hugh Hefner Consoles Himself With The Shannon Twins

What do you think?  Was it in bad taste for Crystal to be partying on her wedding day?