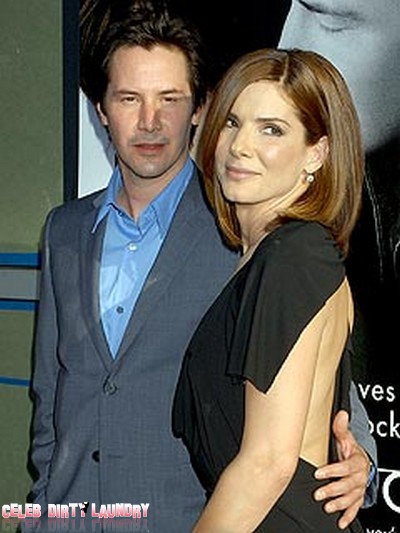 Sandra Bullock is now dating Keanu Reeves in what appears to have metamorphosed from a platonic relationship to romantic and sexual love. Sandra had her famous and very public breakup from Jesse James and then an unconfirmed romantic interlude with Ryan Reynolds of which Keanu was extremely jealous.

But now Sandra and Keanu have been spotted on a series of dates in LA, 17 years after they first met shooting 1994 hit Speed and five years since they reunited for 2006’s The Lake House.

Now Magazine has confirmed that the pair are involved in a true Hollywood style romance – with Keanu calling Sandra “wonderful, energetic, positive and talented” and she gushing how she adores him.

And now a source has revealed: “They’ve had people trying to set them up for years, but the time was never right.”

“When Sandra started dating Ryan earlier this year, Keanu was pretty jealous. Now that they’re both single, they’ve decided to go for it.”

Let’s see how this plays out.