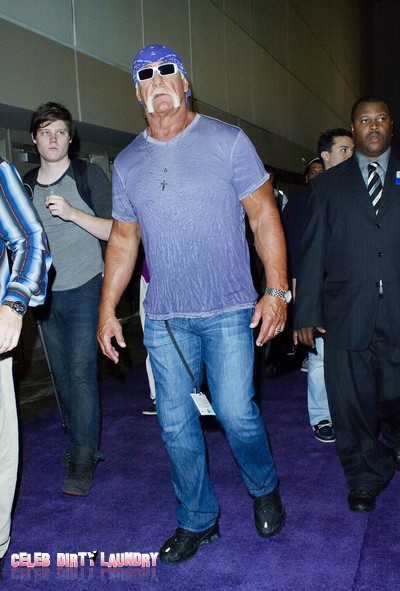 Hulk Hogan took a beating and paid his ex-wife Linda Bollea $7.44 million in the couple’s divorce settlement.  Hulk’s real name is Terry Bollea and he has probably been the biggest earner in professional wrestling history – so at least he can’t cry too hard about having to give Linda over 70 per cent the $10.41 million that was held in bank and investment accounts. His payment also included a $3 million property settlement and he signed over 40 per cent ownership in his various companies as part of their final settlement.

Linda also received a Mercedes-Benz, a Cadillac Escalade, a Corvette, a Rolls-Royce and various off-road vehicles but TNA and former WWE star Hulk keeps the rest of his car collection.

As a result of the generous settlement Hulk will not have to make any alimony payments.

Details of the previously private settlement emerged this week after it was attached to a new motion filed by 58-year-old Hulk’s attorneys, who are disputing the amount he owes Linda from his company revenues which manage his trademarked Hogan-themed products and his likeness.

A circuit judge in Pinellas County, Florida, ordered him to pay Linda about $126,000 in company revenues last December but his lawyers argue the divorce settlement stipulates the couple should handle asset disputes through arbitration and asked the judge to set aside the payment order.

Hulk’s attorneys have argued Linda should be paid from net profits rather than gross earnings.

The couple – who have two children together, Brooke, 23, and 21-year-old Nick – are still in the process of selling their shared property including a mansion that’s listed at $8.87 million.

Hopefully Hulk’s payment obligations will not take the food off of his table.