Is There A Record Contract In The Future For James Durbin?

BY Robyn Good on May 16, 2011 | Comments: one comment
Related : American Idol, James Durbin 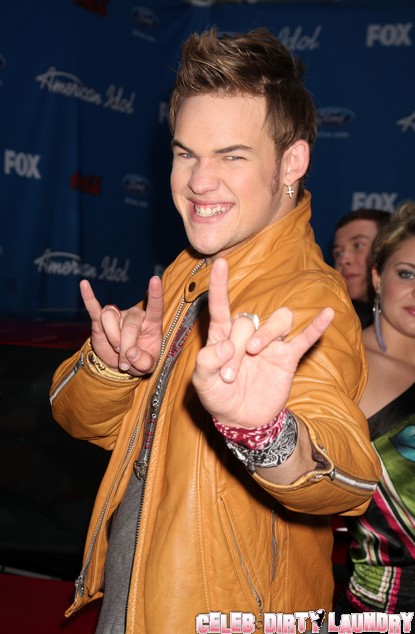 People everywhere went insane when  American Idol‘s James Dubrin a 21-year-old from Santa Cruz, California did not make it to the final three in last Thursday’s elimination.  The uproar almost cause Twitter to crash.  Fans and long time Idol watchers were shocked.  Throughout the competition James made an impression on the judges with his incredible vocal range and unique style.

The question on everyone’s mind is what is next for James well he may not have made it to the final three on American Idol, but he is very hopeful about the future.  When recently asked about a record contract James said, “I mean, who knows? Expect the unexpected. That’s what I wish I would have done Thursday night, but I don’t know. We’re still going with the flow on the show. We get to write stuff and figure out that sort of thing. I potentially yesterday heard my first single, but it doesn’t signify that there’s a contract.” I am sure James and his management is keeping everything under wraps until they get a contract ironed out.  There is little doubt he will have one!

When asked what a James Durbin solo album would be like he said, “expect the unexpected” when it comes to his album and the tour.“It definitely has to have a real throwback feel, going back to ‘Holy Diver’ — is probably my favorite album or ‘Neon Knights’ by Black Sabbath.  There would definitely be some [unintelligible], definitely [unintelligible] and Les Paul. My guitarist is a total shredder and he is amazing.”

Meanwhile, if you are missing James you will get to see him on the Idol tour this summer.  His own advice to fans is to “buy a ticket to the tour; it’s going to be amazing.”