It is All Over, Maria Shriver Files for Divorce from Arnold Schwarzenegger 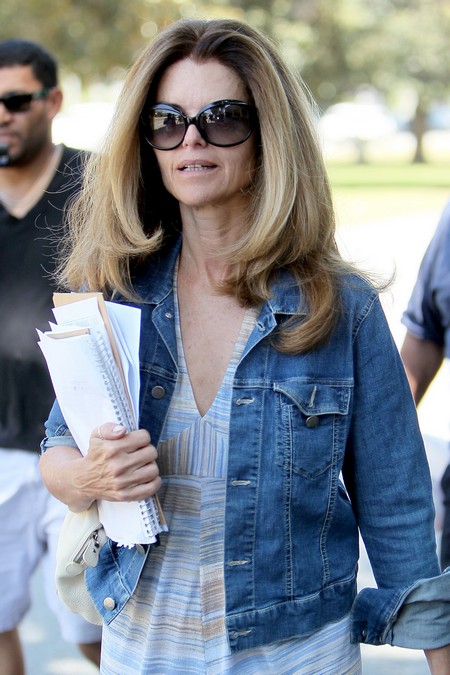 It is all over but the crying for Arnold Schwarzenegger.  Maria Shriver just filed for divorce from Arnold.  Maria sites “irreconcilable differences” as the reason that her marriage of twenty five years ended.    Arnold and Maria did not have a prenup agreement and Maria is asking that Arnold not be allowed to ask for any support for himself.  She is asking for spousal support and custody of their minor children Patrick, 17, and Christopher,13.

TMZ has the scoop: And, in the petition, filed by disso-queen Laura Wasser, Shriver is asking Arnold to pay the attorneys fees of both parties.  As for the date Arnold and Maria separated … it isn’t specified in the divorce papers.  According to the docs, the property accumulated during the marriage will be divided at a later date.  And, sources tell TMZ, there is no prenup, so all of Arnold and Maria’s earnings over the past quarter century will be divided 50/50.

Apparently the two are still on speaking terms and he knew she was going to file for divorce.  Big of Maria cause I would not be speaking to the douche bag.    Typical he begged her to marry him and then he cheated on her for years.  He should consider himself lucky she could have cited a lot worse reasons for the divorce that “irreconcilable differences.”