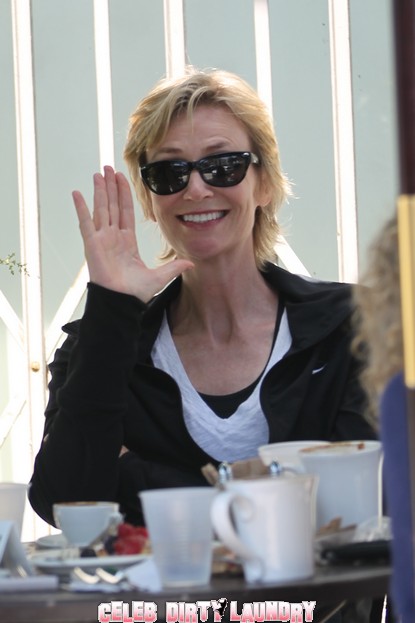 Prepare yourself for the laughs, cause they will no doubt be expected as Glee star, Jane Lynch as been confirmed to host the 2011 Emmy’s.  “I am tickled pink to be hosting the Primetime Emmys. I’m looking forward to singing, dancing and sporting my finest tracksuit”.

The tracksuit will make an appearance too!  Jane, 50, rose to fame after nailing the role as Sue Sylvester on the hit Fox television show.  Executive producer Mark Burnett said this of Jane:

“Jane was my first – and only – choice as the host for this year’s Primetime Emmys, and I am glad she said ‘yes,’ she has incredible comedic timing, and is a charismatic, talented actress whose energy leaps off the screen and stage. I am thrilled and excited to have her as our host.”

I’m am not only thrilled for her but so eager to hear what she brings to the table – I think we’re all in for quite the treat!  The 2011 Emmy’s will air live from Nokia Theater in L.A on Sunday, September 18th on Fox.