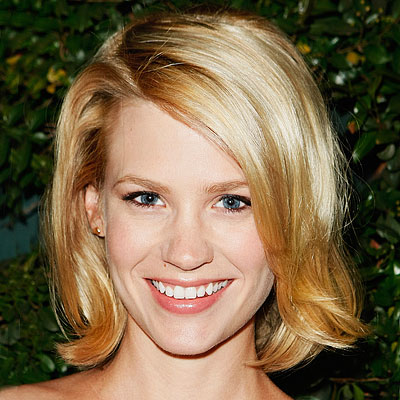 Mad Men actress January Jones, 33, and her boyfriend of seven months Jason Sudeikis, 35, have decided to call it quits.  January walked the red carpet alone at the 68th Annual Golden Globe award and it got people asking questions.  One of factors in their split is thought to be distance January films Mad Men in Los Angles while Jason spends most of his time in New York City filming SNL.

A source reports to people: “They’ve been on and off for a few months and then the long distance kind of ended it,” the source says. “But they could get back together. It was just hard to stay together with the distance.”

January Jones sure has a busy love life – she has been linked with Adrien Brody, Bobby Flay after a  mysterious car crash, Jeremy Piven and finally Jason Sudeikis whom she has now split up with.  Wonder who is next on her list?