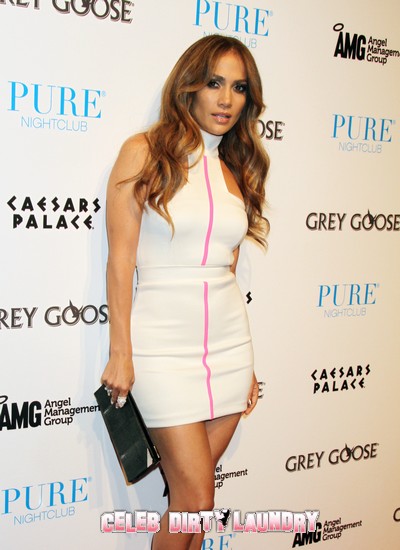 Although Bradley Cooper is doing his best to ensnare Jennifer Lopez it might in fact work out that the ‘Hangover’ star is giving Jennifer Lopez a hangover. After all Jennifer has her pick of many suitors these days and Brad is not necessarily at the top of the list.

Brad has was formerly romantically linked to Olivia Wilde after splitting up with Renee Zellweger earlier this year. But now Brad is almost ‘half a stalker’ as he has been pursuing the 42-year-old Jennifer and has been for “for ages.”

The pair are believed to have been texting each other and talking on the phone “a lot.”

A source told US Weekly magazine the actor is “really trying to woo Jennifer in a big way.  He has been after Jennifer, calling her, for ages. They’ve been talking on the phone and texting a lot.”

The pair – who were spotted enjoying dinner at New York City’s Per Se restaurant in September – were also seen outside the 36-year-old hunk’s Pacific Palisades house earlier this month.   An observer said: “They were laughing the whole time!”

Earlier this year, the brunette stunner announced her split from third husband Marc Anthony, father of her three-year-old twins, Max and Emme.

A source close to Jennifer explained: “Considering how depressed she has been since her breakup, it’s no surprise that she has finally decided to let him in.”

“For the first time since the split, she is allowing herself to go with the flow.”

Going with the flow is one thing but Jennifer better make sure that she doesn’t drown in the flow from Brad.