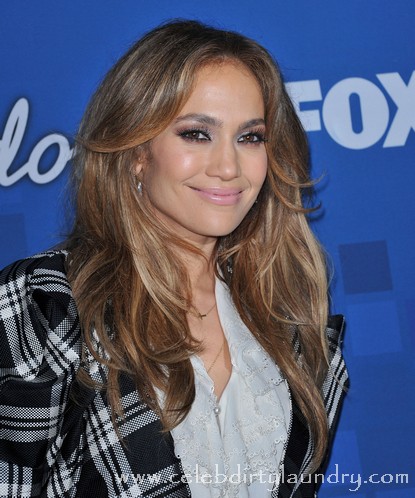 American Idol judge Jennifer Lopez, 41, has been trying to eliminate a lawsuit brought by her ex-husband Ojani Noa and also Claudia Vasquez’s case which has been combined with his against her.  Jennifer is urging a judge to dismiss the case.  She is being sued by Ojani, Claudia  and producer Ed Meyer after she took out an injunction to prevent the story of her first marriage reaching the big screen.   Claudia claims that Jennifer has prevented her from producing and marketing How I Married Jennifer Lopez: The J.Lo And Ojani Noa Story  which includes some racy scenes of Jennifer.

Lopez argued in new legal papers that the film would damage her reputation and has been doing her best to avoid being deposed.   She said, “I believe that Noa will damage my reputation with movie producers and businesses which contract with celebrities for the use of their names, likenesses and spokesperson services for commercial endorsements, and may very well cause some members of the movie-going and record-buying public to think badly of me.”

As we have said before Jennifer should just buy the exclusive rights to the sexy tapes Ojani made of her.  It would be cheaper than this circus and all Ojani and Claudia want is $$$$