Jesse James & Kat Von D: Engagement Is Back On! 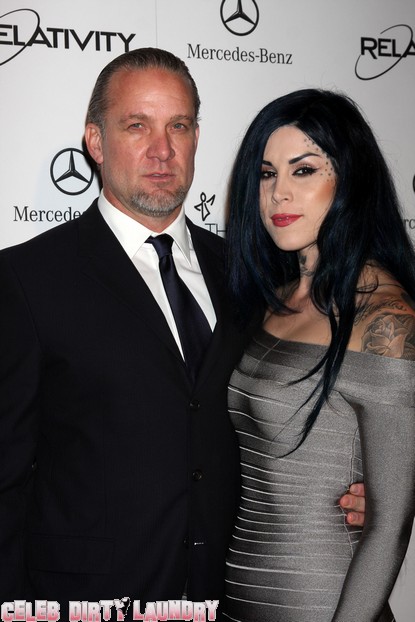 Earlier today, we told you of TLC’s apparent cancellation of Kat Von D’s show, L.A. Ink. There was more to that story than what was said, however. Kat took to Twitter to give us the scoop on what exactly happened with the show’s “cancellation”.

She said, “In an effort to capitalize on my recent breakup, the network has decided to focus their energy on re-editing events that didn’t happen while filming. I have no regrets and am very proud of the original footage. In my opinion, any attempt to compromise the honesty of that would be an insult to my fans and viewers. As grateful as I am to have been a part of a show like L.A. Ink, I’m ready to end this chapter and want to focus on other projects now.”

Apparently those other “projects” include getting back together with her ex-fiancee, Jesse James! He said, “Sometimes you are only given one chance in life. It was up to me to open my eyes and see it. That girl is my chance. I will never stop fighting and striving to hold on to her. Showing her how special she is, and how much I love her.”

Perhaps it really was distance that was keeping them apart. Congrats to both of them on their re-engagement!