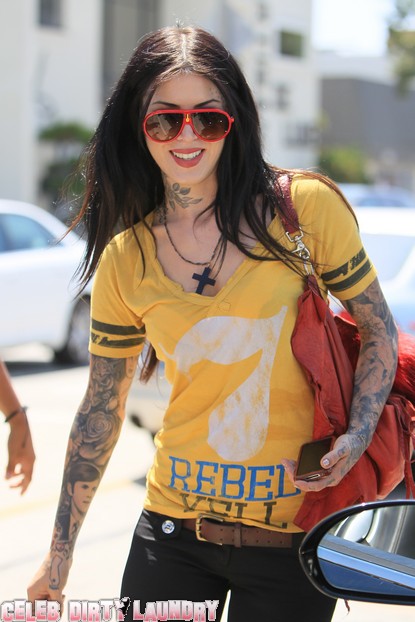 Not only did TLC cancel Kate Plus 8, but they’ve also put Kat Von D’s show, L.A. Ink, on the chopping block!

This hasn’t really been the greatest of years for Kat, either. Her house burned down, her cat died and she lost her relationship with Jesse James. Now, we’ve learned that TLC has canceled her show. Does she even know about it yet?

The tattoo artist has yet to get on Twitter to respond to the news, which makes me wonder if they’ve even informed her. Perhaps she’s just staying classy about the whole thing and already knows, but we don’t know for sure one way or another.

TLC said in a statement, “TLC has decided that the current season of LA Ink will be its last. The network is proud of what the series has accomplished in its four seasons, following Kat Von D’s journey as an artist from Miami to Los Angeles.”

They’re really cleaning house over at TLC, aren’t they? Who’s next? Toddlers & Tiaras? It makes you wonder, doesn’t it? First Kate Gosselin and her brood get canceled, and now Kat Von D. They’re no longer interested in promoting people who do tattoos or push out 800 kids? What is the world coming to??!?