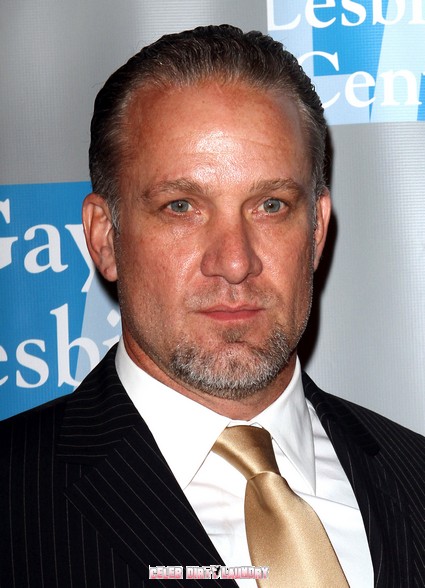 Jesse James has decided to blame his low self-esteem for ruining his marriage to Hollywood star Sandra Bullock and causing his serial infidelity.  The motorcycle buff and celebrity mechanic split from Oscar winner Sandra last year after admitting to having an affair.  Jesse, who has just published his autobiography, says the split was down to more than just his cheating and that he never felt worthy of his famous wife.

“It was more about me than about her,” the genius explains.  “It was the problems I had to work out myself. It was a weird life. There was a lot of stuff with her (Sandra) and I was never like, ‘Hey, I’m a pretty successful businessman.’ I was always afraid I was about to lose the shop and afraid not to work seven days a week. I just wasn’t healthy. I could never relax.”

James claims that he has forgiven himself for cheating on Bullock. No evidence that anybody else has forgiven him though.
This next quote from Jesse pretty well sums up what a jerk he truly is:

“I never got one negative comment, not from anyone. The only people who said negative stuff to me were the paparazzi and they were being paid to. The media portrayed it as this huge negative thing but if anything, I got more support from everybody else, because, yes, I cheated on my wife but so do a lot of other people,” he said.

More: Jesse James Has Forgiven Himself But Has Sandra Bullock?

Does this creep forget the book tour he did to promote ‘American Outlaw’ capitalizing on the publicity surrounding his split with Sandra? Does he forget about how he said that Sandra was a dud in bed – especially compared to his tattooed skanks?