Jessica Simpson Calls Off Her Wedding? 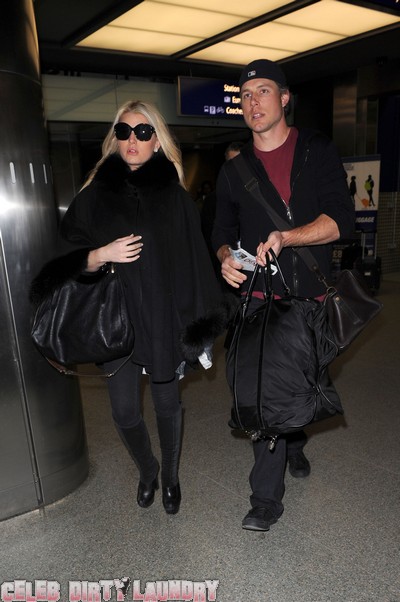 Jessica Simpson is rumored to be pregnant and the latest gossip surrounding the fashion mogul is that she has called off her wedding to Eric Johnson!

Apparently they ran into some trouble when she began telling their friends last month that she could be pregnant. Reportedly, they were so overwhelmed that they have postponed their wedding, which was slated for November 11, 2011 – indefinitely.

A source said, “This should be the happiest, most joyous time of Jessica’s life, but instead she’s miserable. She and Eric are just not happy together, and they’ve agreed to put off their wedding.”

The twosome hit up BJs Restaurant in Los Angeles, where she didn’t appear to be happy as they exited together. A snitch said, “Eric’s feeling like an outcast with Jessica, and her family fears he’s using her as a meal ticket. Jessica’s parents, Tina and Joe, are worried she’ll wind up like her younger sister Ashlee – a single mom raising a child in a broken home.”

Another source revealed that Jessica is getting super moody lately. The source said, “Jessica cries at the drop of a hat, and when he tries to soothe her, she pushes him away and says she doesn’t want to be touched.”

We shall see if this rumor holds water…What do you think?