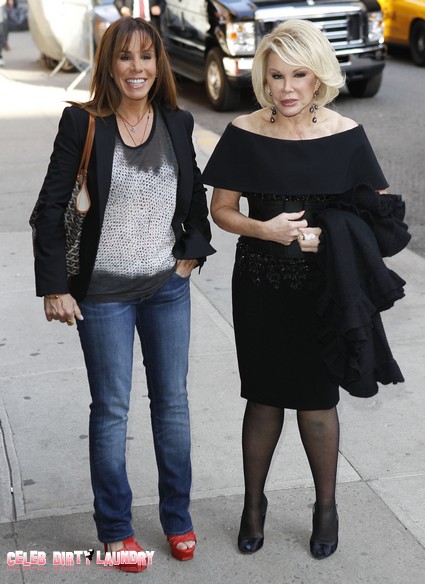 Joan Rivers is the queen of plastic surgery and the queen of sarcastic comedy – and she has always been trashy and coarse – so now she must be so proud that her daughter, Melissa Rivers, is dating the head of Vivid Entertainment, Steven Hirsch. Melissa. Sources close the couple say that they have been dating for a couple of weeks and that the relationship is going great.

One person with direct knowledge of the situation tells us, “The relationship is going great.”  Hirsch has brokered nearly every major celebrity sex tape on the market … including Kim Kardashian, Shauna Sand and Chyna … but he’s never starred in one … so don’t get your hopes up.

Melissa Warburg Rosenberg was born in Manhattan on January 20, 1968; the only child of Joan Rivers and Edgar Rosenberg. She was married in a $3 million dollar ceremony to horse trainer John Endicott and they divorced after 5 years. Both Joan and Melissa do resemble horses – despite (or maybe because of) all their cosmetic surgery.  Did the marriage fail when Endicott realized that Melisa wasn’t a mare?