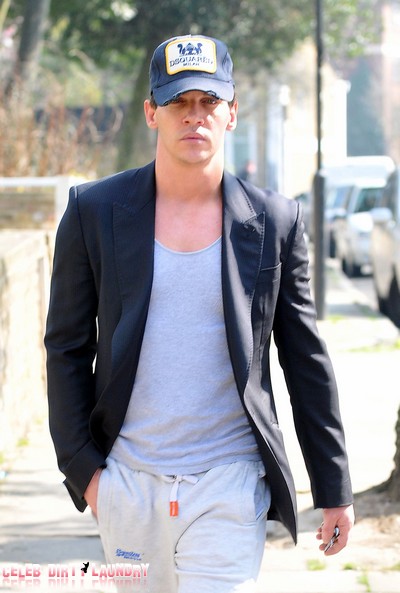 Jonathan Rhys Meyers of ‘The Tudors’ fame has been fined $1,350 for threatening to kill three police officers while in a drunken rage. Talk about a slap on the wrist – talk about ‘celebrity justice’ – this punk ought to try threatening to murder three cops in Texas and see what happens to him… . We promise you that it won’t be ‘nothing nice.’

The 34-year-old Meyers was not present in court in Bobigny, France to hear his sentencing over an alcohol-fuelled incident at Paris’ Charles de Gaulle Airport in June 2009, which also saw him given a one-month suspended jail term.

The actor’s lawyer Vincent Toledano asked the court to dismiss the drunk and disorderly charges, insisting his client was “a fragile man” and a “fairly weak person” who “suffers from his demons” and has been “harmed by fame.” What bullshit – it’s Meyer’s victims who suffer from his fame.

He later brandished the punishment given to the actor “harsh,” though the judge had described Jonathan’s actions as “extremely aggressive.” Can you believe this?

The court heard that Meyers, who also punched a waiter in the airport, later said ‘sorry’ to those he had been abusive to and blamed his alcoholism. He had also offered undisclosed compensation to the victims.

This is not the first time Jonathan – who has been in rehab three times – has ran into problems in an airport.

He was arrested for being drunk and in breach of the peace at Dublin airport in Ireland in 2007, but the charges were eventually dropped.

In May 2010, he was banned for life by United Airlines after being “belligerent” and “disruptive” during a heavy drinking session at an airport in New York.

Throw the bum into jail – teach him a lesson.