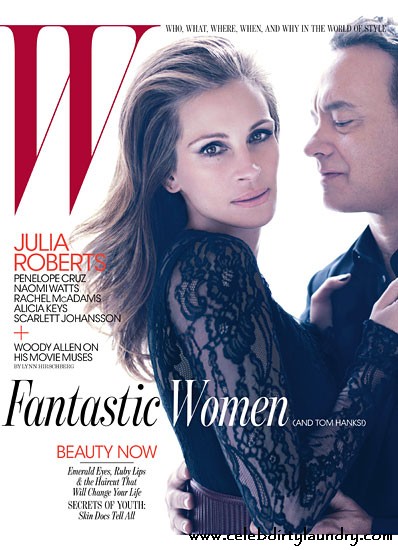 In the magazine Julia and Tom talk adult education, starting out in Hollywood, the power of optimism, their new dramedy, Larry Crowne, the recession-era story of one man’s reinvention.  Check out a few excerpts of the interview below and check out a trailer for the movie!

Roberts on her character in Larry Crowne: “I spend a lot of the movie woozy. Why did Tom Hanks think of me when he thought of a drunken schoolteacher? What does that mean? He has me chugging margaritas. It’s hard to chug a margarita! I asked why it couldn’t be straight liquor, and he said it was funnier if it was a drink made in a blender.”

Roberts on whether she attended college: “No. This was my first college experience. And the first time I had to speak in front of a classroom, I was apoplectic. All these faces looking up at me, thinking, What is she going to teach us? I needed to find my composure. It was very hard-it was terrible, in fact.”

Hanks on whether he was a drama major?: “God, no. I didn’t think acting was a job. I did take a class called Drama in Performance. We read plays and went and saw them performed. That was the transformational experience for me: There was no chick, no girlfriend you were trying to impress. The whole world went black, and you were one with the play.”

Hanks on his first acting role? I played George in Our Town at Chabot College in Hayward, California. I was working weekends as a bellman at the Oakland Airport Hilton.

To read more of the interview visit W Magazine. 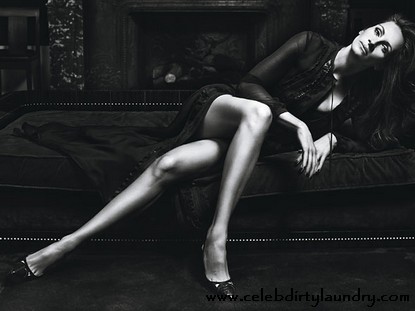