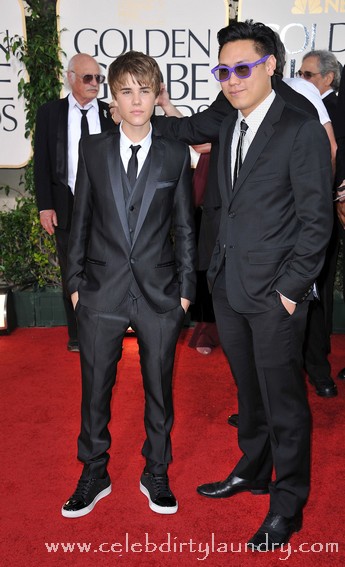 Justin Beiber wants to play Oliver Twist in a remake of the classic 1968 film musical Oliver! and reckons his difficult childhood would make him a runaway success.

Justin – who is worth over $100 million already – will never fall on hard times again but believes he has been through enough hardship to understand how Charles Dickens’ street urchin felt.

Justin was raised in a basement welfare subsidized apartment in Canada by his reformed junkie mom after his dad walked out.  He said: “That place was really dirty.  We had mousetraps everywhere because there were mouses – uh, mice – in the house.   I didn’t have a real bed.  I slept on a blue pull-out couch in my room. “We didn’t have anything in the fridge, except maybe luncheon meat for school and macaroni and cheese.  I’d love to play Oliver Twist.”

Since Mark Lester played the title role in Oliver! more than 40 years ago there have been plenty of unsuccessful attempts to bring the famous novel to life on the big and small screens.  The pop star is also about seven years too old for the role.  But he does look young for his age.

Justin has a better chance than most – his army of fans would make the project a near-guaranteed success.  His first venture into the movie business, Never Say Never – a 3D concert documentary containing unseen footage of his childhood – has been a worldwide smash success.  And his acting during guest stints on American crime series CSI also pulled in impressive reviews.

But he has admitted his English accent will take some work.  He said: “I can do it a little bit but I’m not amazing at it.  When I try it, it sometimes comes out a bit Australian.”

Oliver Twist down under?