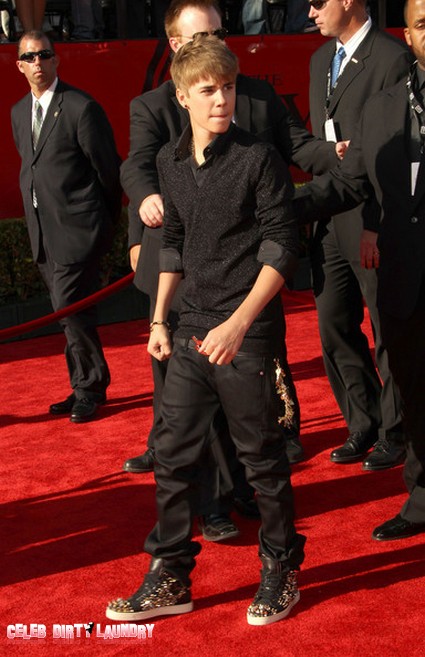 What do you get your bestest friend in the whole entire world if you’re Justin Bieber?  Oh you know, just a two-door Ford Mustang!!  You heard me correct – Justin (who I will remind you is only 17 years old) bought his childhood best friend Ryan Butler the convertible for Christmas.

I’m wondering if any ‘ex’ friends are kicking themselves at the moment.  I would be.  I guess when you’ve been friends with someone that long and you have the money (Justin is said to have made between 53 million over the past two years according to Forbes magazine), why not.  I would be more put off if Justin didn’t use some of his money for charity, but apparently he does quite a bit so I can’t really be too hard on the guy.

Present indeed. Justin has been spending the holidays at home in Stratford, Ontario with his family – sans girlfriend Selena Gomez who is in the U.S with her family.

What do you get the Biebs if he has everything?  I guess just some good ol’ fashioned normalcy!