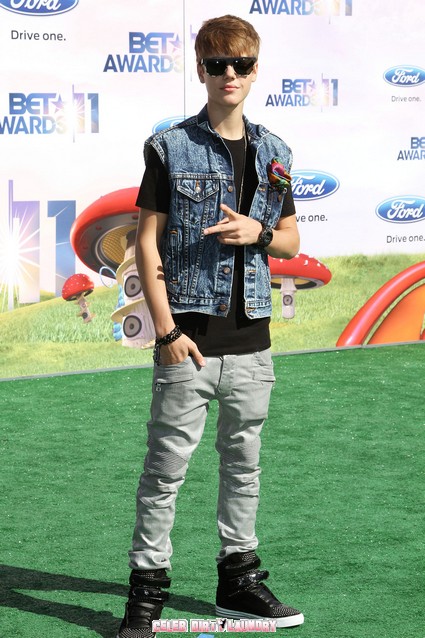 Justin Bieber is working on his second album – a follow-up to 2010’s ‘My World 2.0‘ – and the heartthrob is determined not to stick to one genre of music since he believes that his voice can be adapted to many styles.  The 17-year-old is writing the album while he is on his ‘My World’ tour and said he couldn’t wait for fans to hear his new music.

Writing on his twitter page, he said: “been writing alot of songs on the road. excited to just get this music out later this year and record this summer.”

While working on his second album, Justin revealed he would love to record a duet with girlfriend Selena Gomez because he thinks the Disney starlet’s music is “amazing.”

He said: “Maybe I’d sing with Selena, I’ve heard all of her new stuff it’s amazing. I would also love to work with Will.i.am as well as Jay-Z – on a cool fun record.”

Justin told MTV: “I want to work a lot with myself. I’m not gonna limit myself – I think music is music, and genre, I mean, there’s country, rock, but my music is very different. My voice is not meant for any style.” Hopefully he meant that his voice is not suited to only one style… .