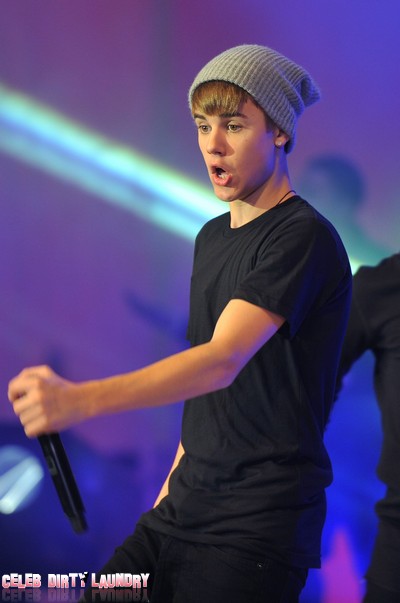 Justin Bieber partied at a gay club after the MTV Europe Music Awards on Sunday night – was the man accused by Mariah Yeater of fathering her child determined to show the world that he is not a ‘breeder.’ At least not yet anyway.

Justin wanted to forgot about claims made by Mariah Yeater that he is the father of her four-month-old son Tristyn Anthony Markhouse Yeater by hitting the Kremlin nightspot in Belfast, Northern Ireland, after winning the Best Pop and Best Male accolades at the event.

A source told The Sun newspaper: “Justin managed to shake off the thousands of fans who were following him around the city.  He went to the official MTV party at the Europa hotel with his girlfriend Selena Gomez before being smuggled out in secret.”

“The ‘Beliebers’ were left waiting outside the front of the hotel hoping for a glimpse but he slipped through a side entrance used for kitchen deliveries and later left the same way.”

The 17-year-old pop star – who wore a leather outfit during the ceremony, which was hosted by his girlfriend Selena – travelled to London yesterday where he went on a private tour of soccer club Chelsea’s Stamford Bridge stadium.

Later in the evening, he turned on the Christmas lights at Westfield shopping centre in west London and the new Westfield Stratford City shopping centre, where he told thousands of his fans how he loves British girls.

He announced: “My favourite part of London is the girls.”

Justin later took to twitter to thank his supporters for turning out to see him in the UK capital.

He tweeted: “Thank you to all the fans that came out today for the tree lightings. wouldnt be here without you. so grateful for your support. MUCHLOVE”