Kate Hudson As She Exits A Car 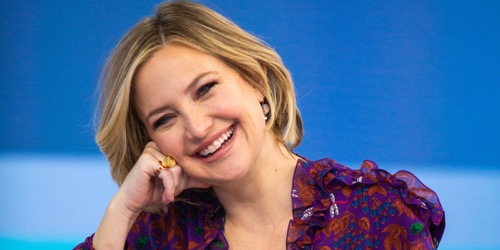 A tired-looking Kate Hudson flashes a bit too much as she gets into her car after attending a dinner with her hubby, Matthew Bellamy hosted by Sir Philip and Chloe Green at 45 Park Lane Hotel in London on Thursday September 23rd, 2011.   At least she had panties on!  These celebs need to take lessons on how to exit a car without flashing…. In the car (see pics below) Kate is seen seen holding a mystery capsule and pill bottle.

Meanwhile Kate’s father Bill Hudson who was married to her mother Goldie Hawn for four years is spilling all in a tell all book about her mother Goldie.   He is claiming that while he was married to Goldie she had a string of affairs and she was very open about it.
In his new book, ‘Two Versions: The Other Side of Fame and Family’, he dishes about all the details.

Oh the juicy details that will be read. Seriously though, no one should have to be faced with his or her father or ex-husband bringing up the past for everyone to be privy of.   Even if you are nosy person like me.  Some secrets are meant to be kept just that – a secret.

I can only imagine what other dirt he has to share, and all I can say is it’s too bad he’s such a bitter man, only out to make a buck and willingly lose any hope of reconciliation with his family.