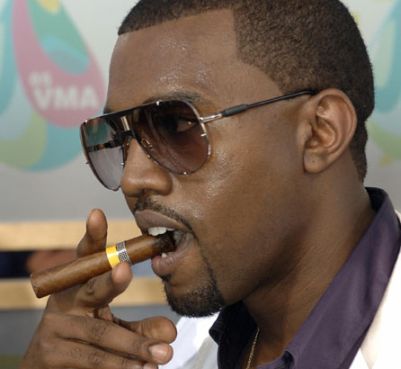 Since Esperanza Spalding won the Best New Artist Grammy Award on Sunday night people have read her Wikipedia page and figured out who she is, and some music celebrities, being the obnoxious rats that they are, scurried to Twitter to express their displeasure over her victory against nominees and expected winners Justin Bieber and Drake.

Two of the bigger name complainers are Kanye West and Game, rap music’s big names known for starting media, and in Game’s case, physical feuds, and since having seen their buddies come up as losers they’ve expressed their reactions via tweets over Esperanza’s victory.

“Drake aint win BEST NEW ARTIST ? Exactly why I’m kool on awards. (finishes rolling weed up as I turn the tv off).,” Game tweeted last night. “You wouldn’t care about AWARDS if you seen the people giving em’. “WHO DA F*CK ARE Y’ALL” ( @drakkardnoir voice ) cheated the homie.”

Now there is a class act – does he think up these tweets himself?

Kanye collaborated with Bieber last year and addressed the issue in a calmer tone, tweeting: “D*mn… I can’t find the words to explain how I feel about the best new artist award… Don’t wanna say the wrong thing.”

Kayne has lost of experience saying the wrong things so at least he is learning.

Here is what I think – these bitter ‘artists’ are confused.  They think that BEST new artist means BIGGEST new artist – it doesn’t.