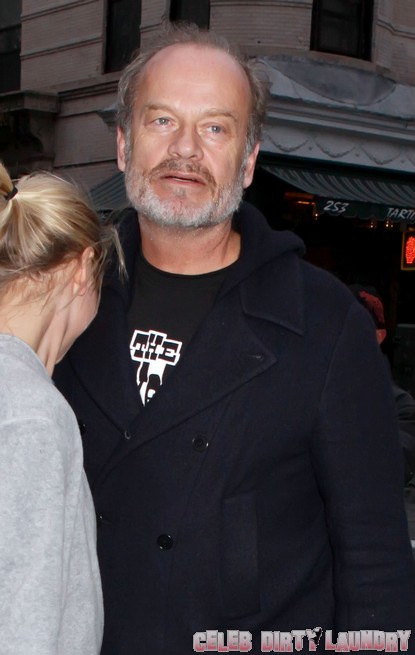 In the custody battle between Kelsey Grammer and his ex-wife, Camille, it was reported that Kelsey filed documents to only get custody of his son.

Reportedly, the actor requested full physical and primary custody of his six-year-old son, Jude. That would leave the former couple’s nine-year-old daughter Mason with Camille. As a mother, I could understand someone not wanting to split the children up, so I would be fighting that, as well.

But today, Kelsey is calling BS on the reports that he wants to split up the kids. TMZ has the scoop:

Kelsey Grammer is BLASTING reports that he’s picking one child over the other in his nasty custody battle with Camille Grammer … telling a NY photog, “What you’re reading … is bulls**t.”

TMZ has previously published the letter in their custody fight, dictating his request to have his son live with him and his new wife.