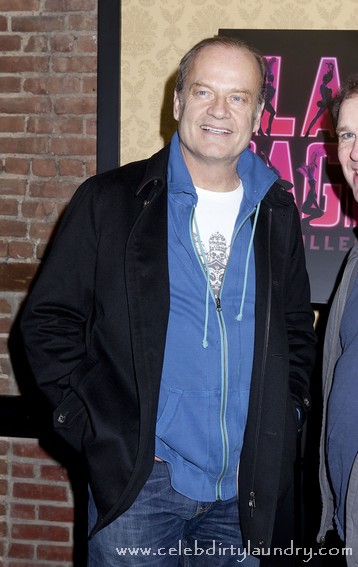 Tammi Baliszewski was engaged to Kelsey Grammer before he dumped her for  his latest Ex, Camille, says that people are only now just seeing him for the creep he really is.

“The public is starting to understand this individual,” said Tammi, who was engaged Grammer in 1994.

Tammi says that watching Camille’s pain over discovering Kelsey’s affair and the break-up of their marriage, played out on reality TV, only brought back memories of her own abrupt breakup in 1995 when she has claimed she found out Kelsey was two-timing her with Camille.

“It’s very harsh, very cruel, he doesn’t have compassion for other people’s stories; he has compassion for himself and his story,” she said of how Kelsey acted towards Camille, who stars in The Real Housewives of Beverly Hills.

“He didn’t have compassion for me when he walked away and didn’t tell me what was going on and it doesn’t seem like he has compassion at all for Camille how he’s handling this.  He wants what he wants.”

Tammi hasn’t spoken with Kelsey in 14 years and says old habits die hard.  “There seems to be certain patterns that continue to be kind of just repeating themselves.  Past behaviors are usually the best predictor for future behavior and it seems that he’s got a pattern.”

Tammi says she has a Ph.D. and is a psychologist, wrote a book following her split with Kelsey and said that she gave Camille a copy.
Kelsey has a long history of failed relationships. He married first wife Doreen Alderman from 1982-1990 and had a daughter, Spencer.

Shortly after, he had another daughter, Kandace, with girlfriend Barrie Buckner, and in 1992 was briefly married to stripper Leigh-Anne Csuhany, who suffered a miscarriage.

Tammi and Kelsey were engaged in 1994 and split just one year later.  And in 1997, he wed Playboy model Camille and had two children over their 14-year marriage.

“I think he’s like a lot of people in that they think they have to have someone outside of them loving them for them to feel love,” Tammi said. “They don’t have an internal reference point for self love…he’s not on solid ground within himself. Somebody has to want to change and I don’t see that he does, he can’t be alone.”

Kelsey is now engaged to British flight attendant Kayte Walsh, who’s 26 years his junior.  “Possibly he’s emotionally that’s his age range,” Tammi said.  “I think he’s just trying to be happy, I think he’s looking for love like most people,” she said. “But like most people they look for it outside themselves and he’s trying to I think manifest love from the outside in, which is opposite from my book Manifesting Love.”  “Because he treated me the way he did it kind of brought me to my knees and I had to learn to do things very different and I took that time to heal and I do think Camille is doing that.”