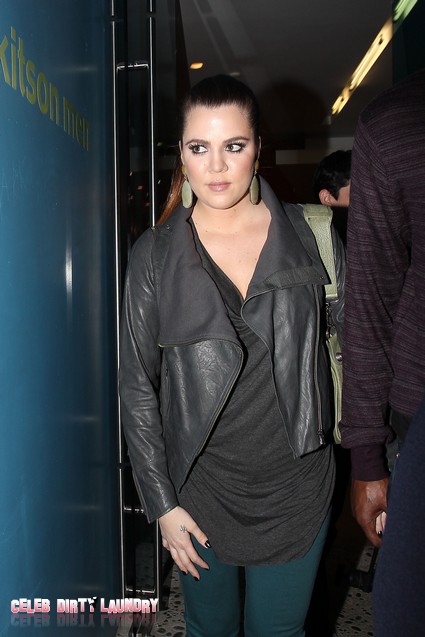 Khloe Kardashian is not the only Kardashian being sued since Kris Humphries filed for an annulment from Kim Kardashain. It seems clear that Khloe violently assaulted a transgender woman who claims Khloe beat her up for no good reason outside of a Hollywood nightclub.

The victim is Chantal Spears who used to be known as Ronald Spears and she claims that on the night of December 5, 2009, Khloe violently struck her “in and about her body,” causing serious injuries.

Khloe had been married to gigantic Lamar Odom of the NBA for less than 2 months when the incident occurred.  Apparently Khloe was jealous of Chantal and felt that she was moving in on her man.

TMZ scooped the story: the incident occurred outside Playhouse nightclub on Hollywood Blvd., after Chantal/Ronald allegedly walked up to Lamar and told him he was “too young to be married.”

Chantal/Ronald told cops at the time, Khloe “pushed and hit me.” No one was arrested or cited.  Chantal/Ronald says in her lawsuit she did not provoke anyone.  She’s asking for unspecified damages.

Let’s see how Khloe responds to this latest attack on the Kardashian reputation. You’d think that Lamar at 6’10” could handle his own problems without Khloe’s help.