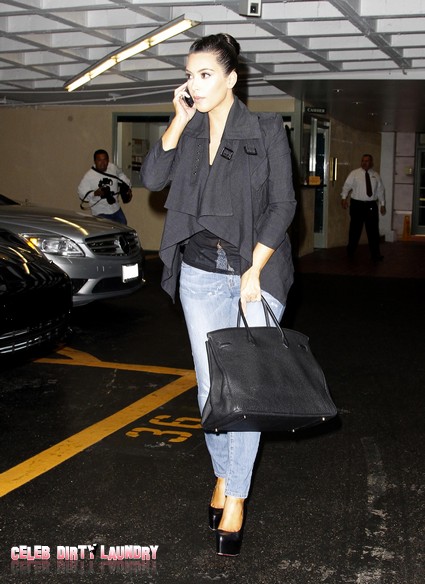 Imagine those lucky Australians – no more Kim Kardashian – and they don’t even have to sign a petition. Kim can’t seem to stop lying – at least that is what the Australian government thinks. An investigation by the Aussie Immigration Service has shown that while Kim’s travel visa application claimed that she was a tourist, she was in fact down under on business. Kim was in Australia primarily to launch her handbag range and for in-store appearances as had been widely advertised there.

The launch of her product line at Hugo’s in Kings Cross attracted worldwide headlines and coverage – and did not go unnoticed at the Department Of Immigration in Canberra.

A subsequent investigation found that her two previous visits – in 2007 and last year – were also for business purposes but this was also not mentioned in her visa applications.

Any future Kardashian visits to Australia will now be heavily scrutinized.  The Immigration Department has this to say:

“For privacy reasons it would not be appropriate to discuss particular details of an individual because people who enter Australia must abide by the conditions of their visa,” a spokeswoman said.

“If people are undertaking work in Australia they need to be on an appropriate visa with work conditions attached.  If people do breach conditions of their visa, then the department can counsel them or cancel that person’s visa … and the department may record their breaches and immigration history. Their history would then be taken into account if they apply for another visa to enter Australia.

“The identities of such people are then put on to a Movement Alert List.”

I guess that if Kim Kardashian can abuse the institution marriage to boost TV ratings then falsifying a visa application should be small potatoes.