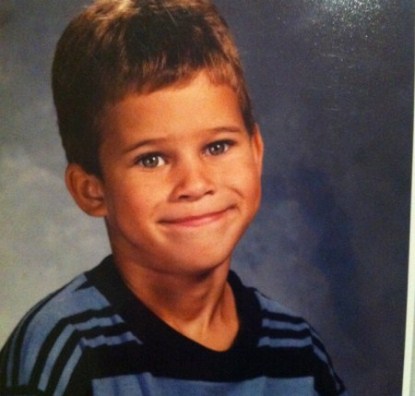 Kim Kardashian has been rumored to be dating NBA basketball player Kris Humphries.  She has been denying but has been seen having dinner with him and at his games.  Now it looks like things are heating up between the two.  Keeping up with the Kardashian’s star Kim took to her official Twitter page to tweet a photo of Kris as a young boy and said, “I want my son to look like this!”  Is there something we do not know?

Kris saw the message and tweeted back: “Hmmm, I think I can help you out.”

What do you think do these two make a good couple?  Is this serious or just another in a long line of Kim Kardashian victims?