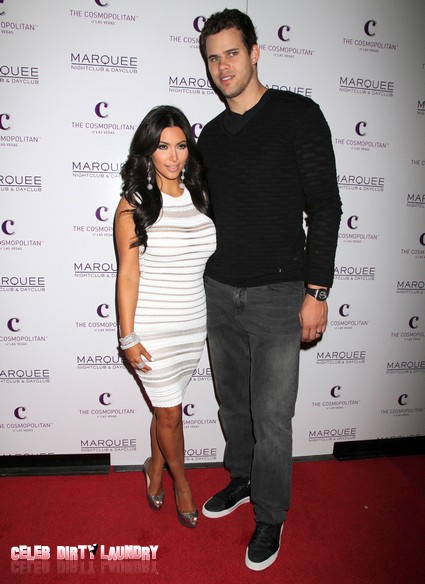 Kim Kardashian is such a possessive control freak that she would go into long sulks whenever Kris Humphries would spend time on his dear sister, Kaela Humphries, who Kris described as his best friend. Imagine just how difficult it was for poor Kris, not able to continue to enjoy his relationship with Kaela because of Kim’s insane jealousy.

Kim applied a hypocritical double standard to Kris: Although Kim talks to her sisters many times each day, she would become extremely resentful and would sulk when Kris would talk to Kaela on the telephone. This type of behaviour fits right into what we expect from Kim.

As RadarOnline reports:  “Kris and Kaela have always been extremely close. They talk daily, exchange text messages, their parents are extremely proud that their children are so close,” a source close to the former couple tells RadarOnline.com. “However, Kim was jealous of Kris’ relationship with Kaela. Kris holds his sister in very high regard, and takes her advice very seriously. Kim would often try and get Kris off the phone with Kaela by making suggestive comments, or telling him he needed to pick up after his dogs.”

“Kim wanted the full attention on her at all times and saw Kris’ sister as competition. For his part, Kris thought his family were being treated like second class citizens and that was no more apparent than at the wedding.”

Even though Kris Humphries tried to fit in with the Kardashian-Jenner clan, according to our source, Kim never reciprocated those efforts with his family.

“Kim never tried to get to know Kaela, or spend time with her. Kim was angry at Kris at the wedding rehearsal dinner for spending what she thought was too much time with his family. Even though Kaela was a bridesmaid, she never felt a part of the wedding party. She felt like an outsider at her own brother’s wedding, and in the end, Kris did too,” the insider tells RadarOnline.com.

None of this surprises us in the least – Kim Kardashain truly believes that she is a superior form of life to Kris Humphries and his family – while the rest of know that Kardashian simply stands for sex tapes, divorce, and plastic surgery.