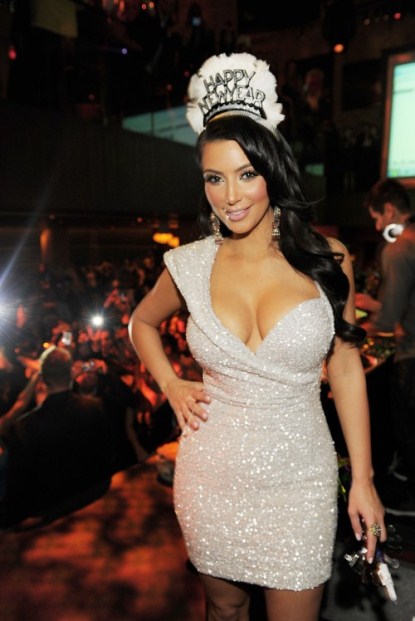 Keeping Up With The Kardashians, Kim Kardashian, 31, hosted a New Year’s Eve bash at TAO in Las Vegas.   Kim was joined by her brother Robert and pal Brittny Gastineau.  Kim decided to debut her new song there which is produced by The Dream. (SONG UNDER THE FOLD)

She told the crowd, “Hi you guys, I didn’t mean to, but I did this song with The Dream, and it’s really fun. I hope you guys like it!”

This song is nothing but over produced CRAP!  She had better stick to her reality TV career cause a singer she is NOT!  If this is what passed for music in 2011, I won’t be listening too much music.