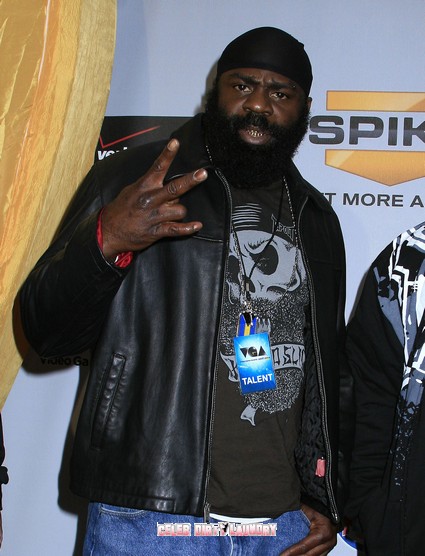 Granted Kimbo Slice was destroyed in his widely publicized MMA bouts but the man is still a serious and highly skilled professional fighter.   Kimbo fighting Weston Cage would be a ridiculous joke – a total mismatch – Charlie Sheen would have a better chance against the brawler!

Besides, Kimbo claims that Weston Cage is too mentally unstable to fight him is laughing at the challenge from Cage to duke it out in the boxing ring.  Slice’s rep claims that Wes’ challenge alone hints at mental instability.

Is it so far-fetched to think that Weston, who is supposedly a trained fighter, could go against Slice and even have a chance of winning? Yes – it is wildly far-fetched! Weston would be destroyed by Kimbo in seconds – and possibly be seriously hurt.

Remember what happened not so long ago when he tried to roundhouse kick Kevin Villegas?  Weston wound up on the ground getting beaten up.

If this is Weston’s idea of proving that he’s mentally stable, he’s going about it the wrong way. Still, Kimbo would not say no to the fight if the money was right.