Kobe Bryant Struggling To Reconcile With His Wife 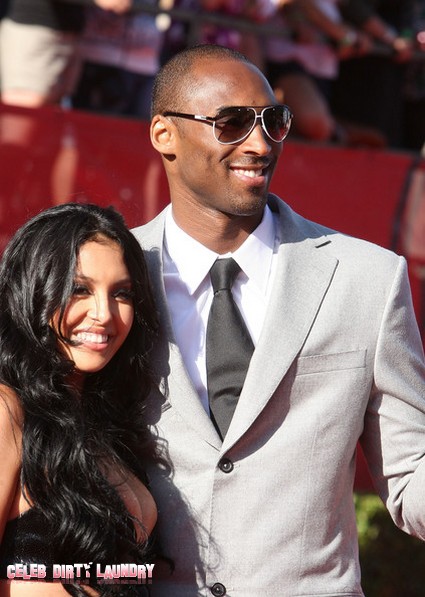 Kobe Bryant is suffering from the almost universal disease – too soon old, too late smart – as he now realizes that cheating on Vanessa Bryant, repeatedly, has broken up his marriage. Kobe did not endear himself to his wife with his dozens of affairs and she eventually got fed up and filed for divorce. The problem for Kobe is that he apparently adores his children and his wife and wants them to remain living as a family – he actually loves married life! Granted Kobe likes a mistress or two on the side, but that does not mean he wants to see his family broken up.

Now it appears that Kobe and his two little girls are working on Vanessa attempting to get her to agree to a reconciliation. It’s not the first time that children have come to the rescue of their marriage. It was his 8-year-old daughter Natalia’s birth that encouraged Vanessa and Kobe to stay together back in 2003. After all, Kobe has been a serial cheater since he first met Vanessa, but somehow the couple persisted.

TMZ reports:  We’re told Kobe is “deeply depressed” over the situation — and is very concerned about how his daughters will handle growing up in two separate households.  Sources tell us … Bryant’s family was not aware of Kobe’s exploits — but they hope he and Vanessa can find a way to get along in the future … if only for the sake of the kids.

No matter how this separation turns out – whether Vanessa continues on with the divorce or relents and gives Kobe yet another chance – their daughters will be able to read all about their parent’s troubles all over the Internet. If Kobe is serious about valuing his family then he needs to immediately grow up and start acting like a man, not a punk.