Kris Humphries Back In The Paint For $8 Million 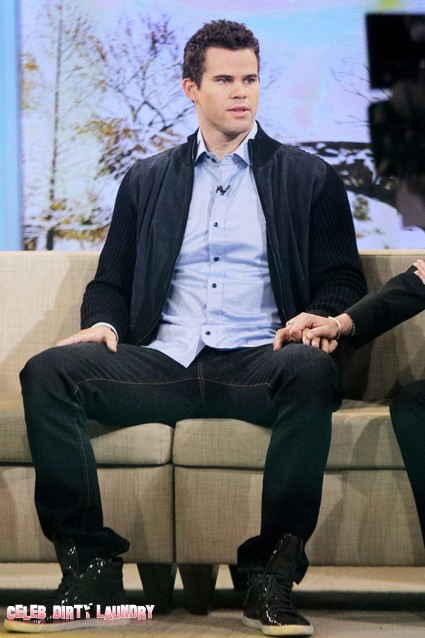 Anyone will tell you that the best way to get over a 72-day marriage to Kim Kardashian is to launch yourself into work. And that seems to be just what Kris Humphries is trying to do. After weeks of awkward interviews where he dodged questions and about his soon to be ex-wife Kim Kardashian, the 26-year-old Humphries will be getting off the couch and back onto the court.

Humphries old NBA team, the New Jersey Nets, have agreed to bring him back for the coming season. There has been talk in the sports world that this might happen, but there were contract issues. Humphries was originally bargaining for a $10 million multi-year deal, but the Nets only agreed to a one-year $8 million dollar deal. I guess now that he’s no longer making big reality TV bucks—his contract for Kim and Kourtney Take New York was not renewed—Humphries is taking what he can get. Looks like “The Hump,” as his teammates call him, will have to get over the relationship hump and get to work proving his worth.

Humphries, who was voted NBA’s most improved player last year, has been an unrestricted free agent since last season, and has been hiding out and training back home in Minnesota—the one place Kardashian said she will never go.

The New Jersey Nets have a preseason game against the Knicks tomorrow and word has it that if he passes the physical, the starting power forward will be suiting up to play. But according to Humphries Twitter account, that won’t be a problem. On Dec 14th, he wrote “Nothing like running 17’s at 6:30am. Unless you play b-ball you have no idea what I’m talking about.”

Humphries had his best season of his seven-year career from 2010-2011 when he averaged 10 points and 7.4 rebounds. I bet he’s hoping that this career move will help him rebound in more ways than one.