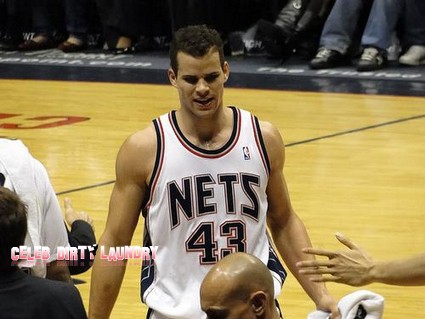 It’s supposed to be Kim Kardashian who has suffered the blow to her popularity but Kris Humphries was the one booed by a crowd of 20,000 at New York’s Madison Square Garden last night.

The 26-year-old who enjoyed the 72-day marriage to Kim received a harsh reception from the 20,000-strong crowd at the Garden as he played his first pre-season game since splitting from Kim, who filed for divorce in October.

Kris was a free agent during the summer before signing an $8 million deal this week to return to NBA team the New Jersey Nets – as Celeb Dirty Laundry reported – and he admitted his time with the 31-year-old socialite had been a “learning experience.”

When asked what was different when he was last with the team in April, he said: “Well, there is a lot less paparazzi here.”

“I definitely had a lot going on. It was a learning experience. I hadn’t been through anything like that before.  Life just happens. As long as you’re focused and pay attention to life, everything is easier. I learned that I put my faith in God, my family and basketball. I feel now like I’m home again.”

Kris and Kim moved to New York earlier this year in the search for a new club, but he is now “glad to be back” in New Jersey, despite suffering a double blow last night as his side lost 88-82 to the New York Knicks.

He added: “I’m excited to be back. It’s good to see the guys again. Although it’s a one-year deal, I’m happy and motivated. I think if you ask any player, they all would want a max contract with the longest terms. But I’m happy with the deal and glad to be back.”