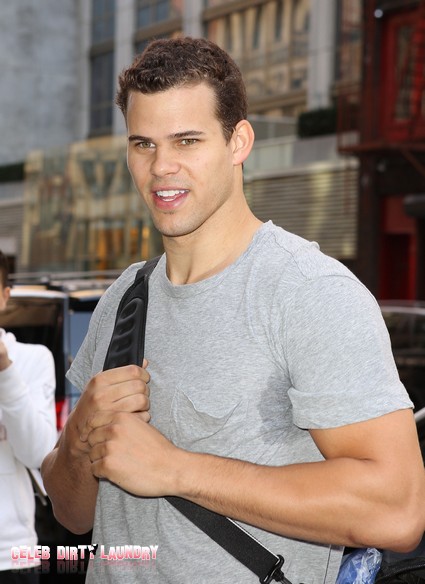 Kris Humphries is desperately battling to annul his pre-nuptial agreement with Kim Kardashian.  Because Kim filed for divorce from Kris after just 72 days of marriage, Kris wants the legal document declared null and void on the grounds of “fraud.”

If the existing prenup is cast aside, it will allow Kris to speak out freely – he will no longer be restrained by a strict confidentiality clause which currently prevents both Kim and Kris from discussing the intimate details of their relationship with the media.

A source told RadarOnline.com: “The confidentiality aspect of the pre-nup is extensive and was created just in case things went bad, neither Kim nor Kris could discuss their relationship to the media.  But now, Kris wants to be able to talk about the relationship without fear of being sued.”

Kris is already planning to hit back at Kim’s divorce petition with an annulment request and if this is legally granted by a judge, it would mean the couple were never legally married and the contract between them no longer stands.

The insider added: “Kris is getting excellent legal advice. If the judge annuls the marriage, they were never legally married, and the pre-nup at that point is really moot.”

“Kris wants this to play out in court, and wants the process to be transparent. If this needs to go to trial, he is ready for that. The gloves are off, Kris won’t be a doormat anymore.”

Kris is battling a Kardashian team that set this whole deal up well in advance – we are certain that Kris was taken for a fool and that Kim had no intention of marrying him ‘for real.’