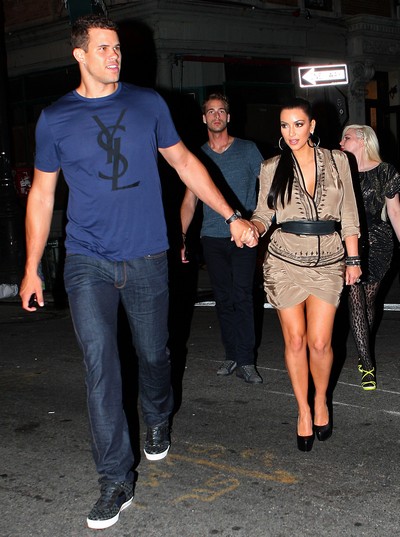 Kris Humphries has figured out why Kim Kardashian married him – she did it to boost the ratings of her reality TV show. Kris is convinced that Kim needed something big to spice up her reality show and marrying him was the best way to it. This is why Kris is insisting on putting off his divorce from Kim and opting for an annulment instead. The NBA star is certain that he was just used to help Kim’s business ventures rather than to be part of a serious marriage. This makes him the victim of fraud and therefore eligible for an annulment.

Kim announced plans to end the marriage after just 72 days, fueling speculation that her lavish for-profit wedding in Montecito, California, was simply a scam to boost the family’s profile. While Kris had true feelings of love for Kim, a close friend of his tells TMZ that he feels he was, “Just slotted in the plot line of Kim Kardashian’s latest headline and newest business venture.”

Sources say Kris believes his wife never intended to stay married to him but simply needed a high profile groom – he plays for the New Jersey Nets – to fuel ratings for her show. One insider got right to the point, “Once they were finished taping, she just didn’t need a groom anymore.” Time for Kim to file for divorce… and that is just what she did.

Kris totally believed that his marriage was genuine as he proved by bringing in his family’s pastor to conduct the ceremony – one friend said, “He would have never flown in his childhood pastor to marry them and involve his church.”

More: Kim Kardashian: “Maybe I’m Not Supposed to Have Kids!”

Kim’s own statement posted on her blog is evidence that Kris has it right – Kim says” “I felt like I was on a fast roller coaster and couldn’t get off when now I know I probably should have. I got caught up in the hoopla and the filming of the TV show.”

Kim Kardashian used marriage as a commerical vehicle – that’s it and that’s all. Kris now sees it all clearly, especially as he is being made to look the villain on her TV show. What is your opinion, let us know in the comments below.