Kristen Stewart Has Trouble Separating Herself From Bella Swan 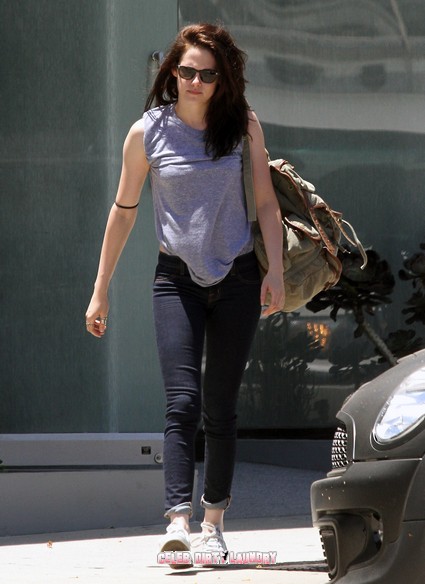 Twilight stars Kristen Stewart, Robert Pattinson, Taylor Lautner and director Bill Condon opened up this mornings Comic-Con.  Some fans camped out for days just to catch a glimpse of them.

Kristen Stewart who plays Bella Swan in the Twilight movies spoke to the Comic-Con audience today.  She told them she has a very difficult time separating herself from Bella Swan, the character she plays in the Twilight Saga.  She said: “I can’t draw the line between myself and the stuff I do.  This one is loaded with those really cathartic and impactful life moments, and they are not all completely fantasy.”

Meanwhile Bill Condon was asked if there would be other Twilight Movies after Breaking Dawn Part 2.  He told the crowd that it is likely, but probably not with Bella in the tale.  He said: “I think (Meyer) always says it’s the end of the Bella story. Especially in the second movie, there are so many characters that I suspect she’ll want to revisit them at some point.”

I am sure that made all the Twilight fans very happy knowing that there might be more Twilight films!