Kristen Stewart Has Vowed Not To Work With Robert Pattinson Again? 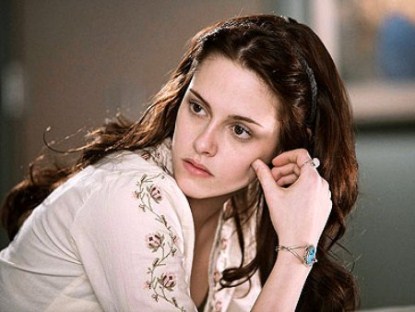 Twilight actress Kirsten Stewart (Bella) has acted alongside co-star Robert Pattinson (Edward) in three of the Twilight Saga films.  The two are currently filming the much anticipated next segment in the sage Breaking Dawn which is two parts.  Kristen and Robert are also one of the most talked about celebrity couples: one day  they are dating; one day they are engaged and another day they are split up.

The UK Daily Star is reporting that Kristen has decided she does not want to do further movies with Robert, rather she wants to pursue solo projects.  Once Break Dawn is finished that will be the last time Robert and her will appear together.

If the report is true it makes sense – I would imagine they do not want to be stereotyped.  Twihards will not be happy to hear this.   The UK Daily Star goes on to further report that the couple are considering buying a house together.  What do you think does it make sense for Kristen and Robert to do solo projects?