Kristen Stewart Horrified By Her Baby In Twilight 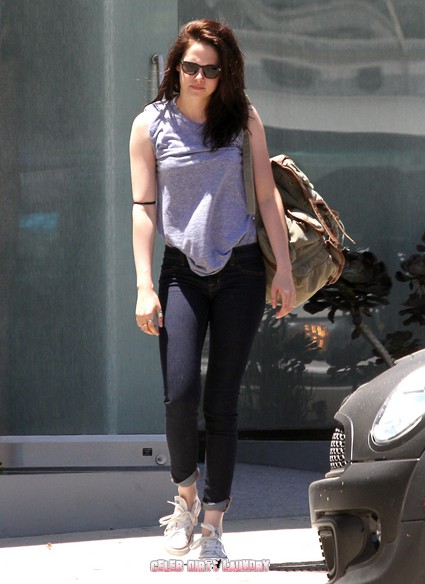 In ‘The Twilight Saga: Breaking Dawn – Part 1’ Kristen Stewart had to work with a robotic baby and she was horrified by it.  When Kristen who plays Bella Swan read the Twilight books she was looking to the part where her and Edward Cullen (Robert Pattinson) would have a baby.  However, when the time came she was all creeped out by the baby.  Rather than use a real baby they used a robotic baby that was operated by a member of the cast.

She said: “In the book that was one of my favourite parts.  But filming it, this guy’s sweating under your eye line, they get the hand up to touch your face and then it sticks to your hair and pulls a little bit.  You’re like, ‘Ugh! Get that thing off me. Get me a baby, this is ridiculous.   It had hair and it’s a newborn baby.”

Robert Pattinson was none to impressed with the baby either he said the baby was like something from a horror movie. “It’s Chucky from ‘Child’s Play’!”, Robert said.