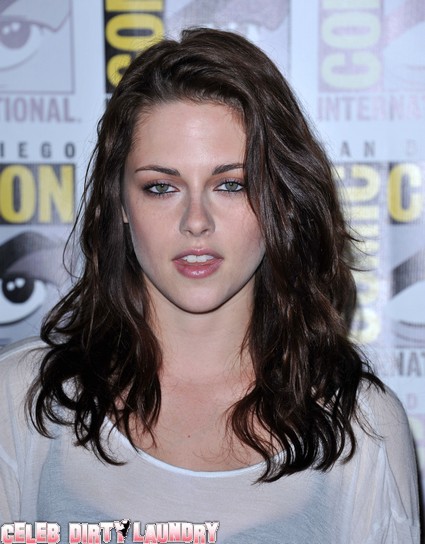 Today Kristen Stewart is a high-profile star of the massive Twilight franchise but when she was an eight year old she was wowing people with a Hanukkah song!

In fact Kristen landed her talent agent by impressing him with a “serious dreidel song” during a “forced” school performance.

Kristen admits she did not want to take part in the variety show and ended up having to sing a song about the traditional Jewish spinning top, the driedel, associated with Hanukkah – but it was enough to grab the attention of a talent scout in the audience.

According to Kristin: “It’s weird, because I would be the last person in my school to be in plays, but I was forced to sing a song in a school thing. I sang a dreidel song, which is funny for me. I’ve never celebrated Hanukkah – it wasn’t in my upbringing, but it was one of those deals where everybody has to pick a song or participate somehow in the chorus. It wasn’t the normal dreidel song; I can’t really remember the words, but it was a more serious dreidel song.”

“That’s how I met my agent, who was in the audience. I was eight. I was nine when I did my first movie, The ‘Safety of Objects.'”  She went on to star alongside Jodie Foster in Panic Room at the age of 10, before reacing megastar status as Bella Swan in the Twilight film franchise.

I guess spinning the dreidel was lucky for Kristen.