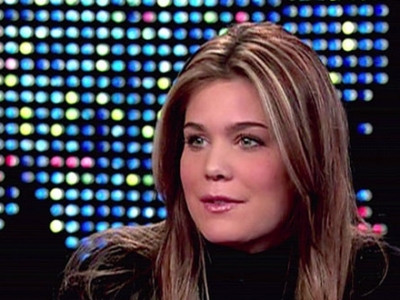 Mercede will be appearing in a four-page nude photo spread in the September issue of Playboy. No word on if her photo shoot will have a theme, but don’t be surprised to see moose heads, hockey sticks and guns in it somewhere.

Levi has previously appeared in Playgirl, doing his best to stay in the spotlight while being blasted by Bristol for wanting to be famous.   Of course Bristol, who is a complete hypocrite, has since appeared on her mother’s reality show Sarah Palin’s Alaska and Dancing with the Stars; has written a memoir; and will soon appear on another reality series with Kyle Massey.

Not to be outdone, Levi Johnston is running for mayor of Wasilla and has written a book of his own. Since 18-year-old Mercede Johnston has grown up around people doing everything they can to get press – Sarah Palin included – it’s not surprising that she wants a piece of the pie.

Mercede has defended Levi by blasting Bristol Palin’s allegation that Levi stole her virginity. Mercede posted on her blog, “Does anybody really believe a good Christian girl, such as Bristol claims to be, would really lose her virginity in a tent? I don’t think so. Usually, girls want their first time to be meaningful and special.” She went on to write that her brother “truly loved Bristol.”

One thing for sure – Sarah Palin chances of becoming the US President continue to fall as everyone associated with her, from Bristol on out, continues to prove themselves classless and mercenary.