Lindsay Lohan Being Sued For $1 million By Dawn Holland 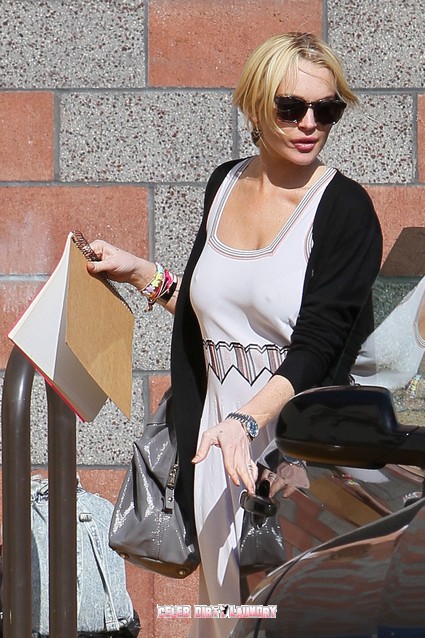 Lindsay Lohan is being sued by Dawn Holland for $1 million for the damage she supposedly suffered at the hand of Lindsay Lohan.  Dawn Holland is the former Betty Ford staff member who got into a scrap with Lindsay last December and her account of what transpired that evening has changed several times.

According to Holland’s lawsuit against Lohan, the star went nuts on her when she tried to give Lindsay a breathalyzer test at the famous rehab center.

Holland claims Lindsay was “combative and violent” when confronted after sneaking out of the rehab – allegedly to go boozing – then returning after curfew.  In the lawsuit, Holland claims Lohan grabbed her right wrist, “twisting and pulling it for 8-10 seconds,” which caused her to seek medical treatment.

Holland alleges “mental, physical and nervous pain and suffering” from the attack she says Lohan committed, and is demanding minimum of $1 million.

Here’s the problem, though. It’s now July. When Holland filed the initial incident report late last year, she never mentioned Lohan’s alleged wrist grab.  Holland ruined a police investigation of Lohan at one point, basically defending Lindsay and refusing to cooperate but now she claims that she was assaulted.

Holland was fired for blabbing to news sources about the incident, selling out a Betty Ford patient for a quick buck.

Dawn Holland is obviously an opportunist and will not be a credible witness against Lohan.