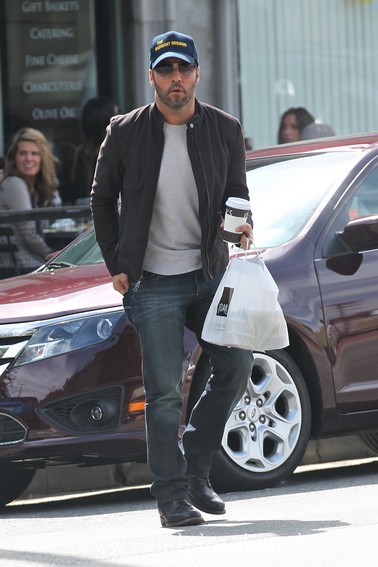 Another day, another rumor of who will be replacing Charlie Sheen on Two and A Half Men.    As Charlie prepares to go out on tour with his rant he is laughing himself all the way to the bank.  The name currently floating around is Entourge’s Jeremy Piven.  If they hope to continue the show I guess they will need to find a replacement for him.    Jeremy is a great actor and I loved his role on Entourage and he is the first in all the rumored replacements that I could see doing the job.   The last two rumors were Rob Lowe and John Stamos and I don’t think either of them would have worked.

“Jeremy is a great actor and a hot commodity, his name has come up a couple of times in talks about who, if anybody, could step into Charlie’s shoes”

Apparently Jeremy Piven does not know about this so maybe someone should tell him LOL.  The only one who is gaining from all these rumors is Charlie Sheen – he is getting a ton of free publicity for his tour.  Charlie Sheen Winning DUH!