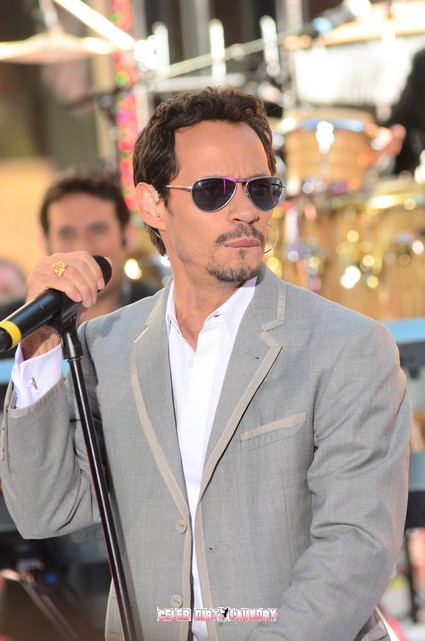 Marc Anthony is not exactly broken up over his recently announced break up with Jennifer Lopez.  Marc joked about the conclusion to his seven year marriage to Jennifer at a concert on Saturday in Bogata, Columbia.

“They say I’m a single man,” he jested, before mingling with female audience members at his show in Bogota’s Simon Bolivar Metropolitan Park.

Marc and Jennifer announced their separation on Friday, describing the decision to part as “very difficult” but claiming that they had reached “an amicable conclusion on all matters.”  Reports have it that Jennifer “couldn’t wait” to divorce Marc after fighting unsuccessfully to save the marriage for the their 3-year-old twins, Emme and Max.

The couple still plan to work together on an upcoming Latin-style reality music show – ‘Q’iviva! The Chosen.’

Just because Jennifer and Marc both exit the marriage in great shape doesn’t mean that their children will do likewise. Of course how much do these twins see of their parents anyway – and with both parents busy careers the twins probably spend very little time with both parents together. So perhaps divorce will not change their lives all that much after all.