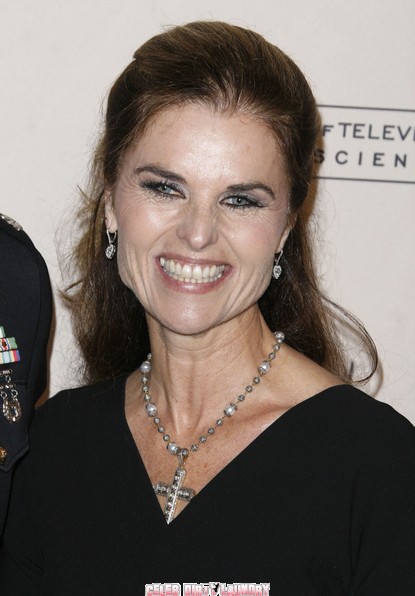 Although Mildred ‘Patti’ Baena – who worked as a housekeeper for the couple – never confessed her son Joseph’s paternity to Arnold following a brief fling with the ‘Terminator’ star, Maria became suspicious after staff pointed out the similarities when Joseph, 13, visited their home and following a confrontation, Patti “broke down” and the truth emerged.

Patti said: “Last summer I brought Joseph over to the house. Until then, he hadn’t been around very much. After that, people in the house started whispering about how much they looked like each other.”

“Maria would ask if I needed to talk to her and I kept saying no. Finally, she asked point blank. Maria asked me directly if Joseph was Arnold’s son and I just broke down. I dropped to my knees and I was crying saying that yes he was and I was so sorry.”

However, Maria shocked Patti with her reaction, comforting her and encouraging the housekeeper not to retire from her job until after the holidays.

More: Maria Shriver Is Very Worried About Her Children

Patti added: “She was so strong. She cried with me and told me to get off my knees. We held each other and I told her it wasn’t Arnold’s fault, that it takes two. Since I was retiring soon, I said I would pack and leave right away, but she said to stay until after the holidays.”

Now Patti hopes the couple – who are currently working on divorce proceedings – manage to reconcile and save their marriage.

She said: “He’s a good man and I know he’s suffering too. He loves Maria. I hope with time they work things out.”

Arnold Schwarzennegar will need the invincibility of the Terminator, the strength of Conan, and the determination that won for him both Mr. Olympia and Governor to get Maria back.