Michael Jackson Wasn’t Sick In ‘This Is It’ Reheasal Video 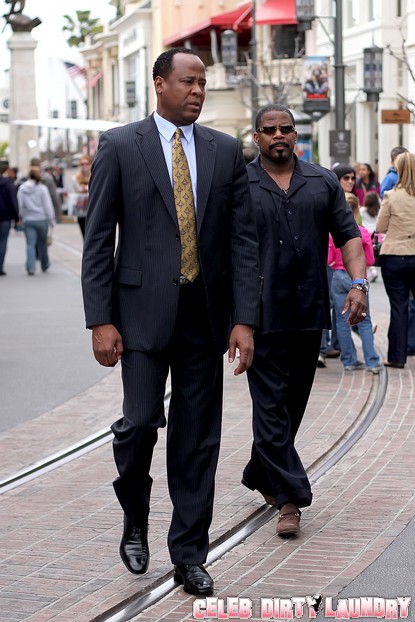 Dr. Conrad Murray has been hard at work trying to prove that he wasn’t at fault in the death of Michael Jackson. His defense team wanted to pull the outtakes from Michael’s This Is It rehearsal videos to prove that he was sick! The only problem? Michael wasn’t ill during rehearsals!

The judge in the manslaughter trial has just ruled that the sixteen hours of footage that show Michael rehearsing, don’t show the singer in poor health. TMZ has more:

Dr. Conrad Murray’s lawyers wanted the outtakes to prove Jackson was very ill in the days before his death. The argument goes — he was already dying, so Dr. Murray can’t be held responsible for his death.

But Judge Michael Pastor ruled … the outtakes were valuable to Sony Pictures — which objected to turning over the footage — and the video did not show MJ in poor health.

If the hours of video show a healthy Michael, it undercuts a major line of defense for Murray.

Michael was addicted to Propofol and while I’m not sure if Dr. Murray was the sole reason for his death, he definitely had a part in it. He was an enabler, plain and simple. What do you think? Should Dr. Murray do jail time? Sound off in the comments!