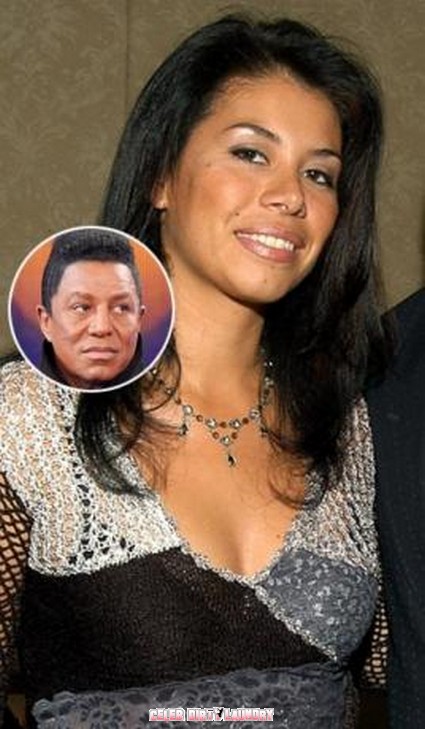 Alejandra Jackson was married to Randy Jackson and until recently was very much a part of the upbringing of Michael Jackson’s children. On the second anniversary of the King of Pop‘s death, she has decided to speak out about how her niece and nephews will end up being raised by “security guards and nannies.”

The 41-year-old has five children with two Jackson brothers and has lived in the family compound in Encino, California, for two decades. She became a mother figure to Jackson’s kids Prince, 14, Paris, 13, and Blanket, nine, when they moved in with the family after their father’s tragic death.

She said: “I love Michael’s children with all my heart. I was with those children 24 hours a day.  I treated Michael’s kids the same way I treated my own children. If I would kiss one of them, I would kiss them all.”

Then, in March 1995, she secretly married Randy’s older brother Jermaine. They had two children – Jaafar, 14, and Jermajesty, ten – as well as an adopted son, Donte, 19. The couple divorced in 2008 but Alejandra remained at the Jackson home, where she helped to raise Michael’s kids.

She was eventually forced out of the mansion in April over a row with Jermaine about child support payments, leaving Prince, Paris and Blanket to be cared for by their 81-year-old grandmother, Katherine.

Now free from the family’s grip, Alejandra spoke openly: “I worry about the kids’ future. Mrs Jackson has the nannies and the security guards to help look after them, but those kids need more.  They need love. There is a difference between nannies and family.  If something was to happen to Katherine, I don’t know who would look after Michael’s kids.”

One thing for certain – the kids won’t be on the street!