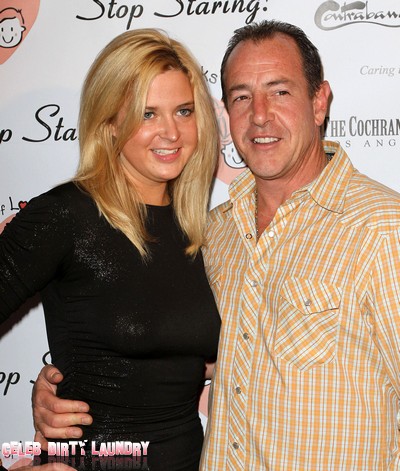 To add insult to injury for poor Kate Major it seems her altercations with Michael Lohan are getting her evicted from her Florida home.

Michael – the father of fellow trouble maker, Lindsay Lohan – has been arrested twice this week for allegedly assaulting Kate and then violating her restraining order against him. The subsequent police and media attention has created a noisy circus-like atmosphere that other residents of Kate’s upmarket apartment complex find inconvenient.

So Kate’s neighbors in the exclusive housing complex in Tampa have complained bitterly and forced the landlord to serve her with an eviction notice, giving her until November 1 to leave.

According to gossip site TMZ, Kate plans to fight the eviction but sources don’t believe she stands much of a chance of winning her appeal.

Michael was taken into police custody yesterday less than 12 hours after being released from jail.

The 51-year-old TV personality allegedly contacted Kate, who has a temporary restraining order against him after he purportedly assaulted her in the early hours of Tuesday morning.

Michael is believed to have got in contact with Kate by phone and she notified police early yesterday morning.

After interviewing her at the same apartment Michael is alleged to have assaulted her earlier this week, police arrived at the showbiz patriarch’s hotel – but he tried to avoid the officials by jumping from a third-storey balcony, and fell into a tree.

When the officers eventually got him down he was arrested for violating a condition of his pre-trial release, which is thought to be because he contacted Kate, and resisting arrest without violence.