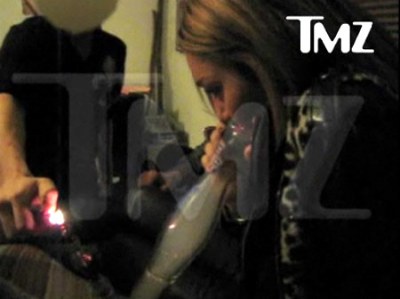 For something that he claimed had some sort of sentimental value to him, the guy who owns the bong that Miley Cyrus made famous now wants to sell it off to the highest bidder!

Miley made waves across the internet when she was taped smoking Salvia from the bong. Since, the guy who owns the bong was pressured to sell it and get a couple thousand for it. He said that he had no intention of selling, but has since changed his mind.

Now, he thinks that he can get at least five figures for the bong. TMZ reports:

Now the term “actual value” has entered his vocabulary, and Mr. Bong Owner tells us he’s now looking to cash in. He’s even set up an email account to field offers — mileycyrusbong@gmail.com — and thinks he can get close to “five figures.”

Seems a little steep to me, what do you think?